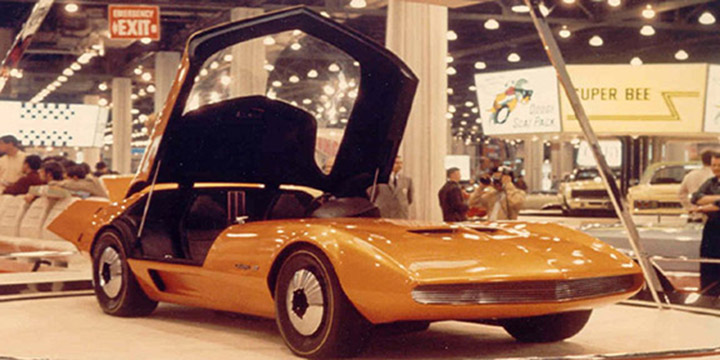 In 1968, Chrysler designers thought way outside of the box when it came to building what the answer to the Corvette might be. What would be dubbed as the most aerodynamic car built by Chrysler Corporation up to that time, the Dodge Charger III gave consumers a glimpse into the future of automotive design. Designers threw out the idea of normal doors and windows, and instead went with a fighter jet type canopy that opens with the push of a button.

Robert B. McCurry, General Manager of Dodge in 1969 stated that, “The Charger III is an idea car. Or, it might better be called an exchange of ideas. This experimental vehicle is our way of showing the public some of the design and engineering concepts which we have developed. From the public, we learned what they would like (or not like) to see in tomorrow’s automobile. That is why we conduct special consumer surveys at auto shows. Many of the features seen in Charger III might well be included in our cars in the not too distant future.”